You are here: Home1 / News and Media2 / News3 / Can carbon labels on food help save the planet? It’s complicated 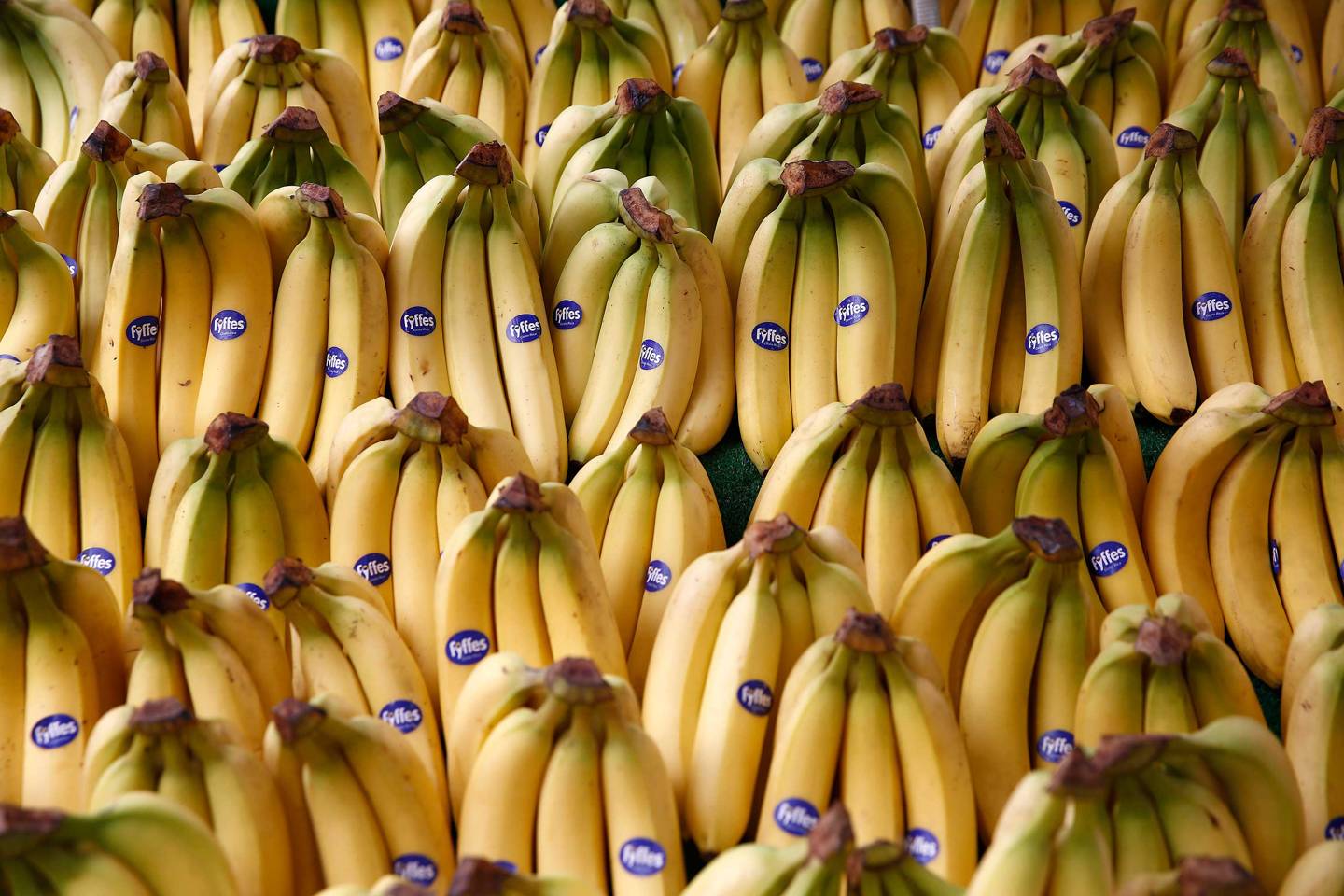 A packet of Quorn sausages is a remarkably informative document. It will tell you, for example, all 30 ingredients in said sausage (mycoprotein; rehydrated free range egg white; sodium alginate, etc) as well as their nutritional content (11.2g of protein per serving; 125 calories; 15 per cent of your recommended daily salt intake). In accordance with standards laid out by the Codex Alimentarius Commission, the international body which has set global food labelling standards since the 1960s, it will also convey the time, place, and batch in which the sausages were produced, when to use them by, any allergens they might contain, and advice how to store the sausages, cook them, and dispose of the packet. In short, almost anything you could want to know.

But starting later this year, Quorn labels will also convey something unusual: their carbon footprint. In January, the Quorn Foods company announced it will start printing the emissions of 30 of its best-selling products on the packet, as part of a company-wide drive to combat the climate crisis. “We hope that the initiative helps galvanise more food producers to take that step and start measuring [carbon emissions],” says Tess Kelly, corporate development and communications manager at Quorn Foods. “And if they are measuring, to start communicating to the public, who can then feel at least a bit more empowered to make smarter decisions for the planet.”

Carbon labelling – the idea that labels should not just tell us what a product contains, but what it cost the planet to make it – are gaining momentum. Alongside Quorn, other large food companies including Nestlé, are reportedly considering putting carbon labels on their food. Certification schemes such as that offered by the Carbon Trust are soaring in popularity. “In the last 18 months it’s suddenly taken off,” says John Newton, associate director the Carbon Trust’s labelling and certification program, which certifies more than 28,000 products. “We’re getting loads and loads of inquiries. It’s quite difficult to keep up with the demand.” In the US, startups like Allbirds and Peak Design are among the first to achieve the newly-launched Climate Neutral certification, which validates that a company calculated and offset the environmental impact of its products.

Carbon labelling isn’t a new idea. In 2007 Tesco, the UK’s biggest supermarket chain, announced ambitious plans to print carbon footprint labels – expressed in grams of CO2 – on all 70,000 products then found in Tesco stores. But five years later Tesco quietly scrapped the labels after managing only a few hundred products, arguing that calculating the footprints was too complicated, and blaming competitors for not following its lead.

“The complexity was immense,” says John Newton, associate director of the labelling and certification program at the Carbon Trust, which worked on Tesco’s labelling project. “They had to go to every single, say, dairy farm and ask for all the data. It was a huge task doing the simplest footprint.”

Calculating carbon footprints is intricate work. Take a tomato, for example. What fertiliser, if any, was used? How was it transported and packaged? Was the land deforested to make room for farmland? What about water use? These factors alone mean a single ingredient’s environmental impact can vary wildly. Intensively farmed beef on deforested land can generate 12 times the greenhouse gas emissions of that produced using more sustainable methods. 1kg of asparagus grown in South America and flown to the UK by air freight produces an estimated 8.9kg of CO2, while asparagus grown locally and in season can produce a fraction of that. Equally, air-freighted soft fruit can generate ten times the CO2 emissions of those grown seasonally in the UK. No wonder consumers often drastically underestimate the carbon footprint of their food.

Then there’s the label itself. What should it look like? In the UK, food labels often use a traffic light system that indicates whether a food item has a low, medium or high amount of certain specific nutrients, but even that is controversial. When traffic light labels were introduced in the UK in 2013, EU member states including Italy, Germany and Spain lodged a formal complaint with the European Commission, claiming that they would damage sales of artisanal produce. (Italy has blamed traffic light labels for a 14 per cent drop in sales of Parma ham.)

Faced with such challenges, most brands have abandoned detailed carbon labels for simpler certification schemes, which – like the Organic or Rainforest Alliance logo – use a symbol to indicate that the product has reached a certain threshold for environmental sustainability. The Carbon Trust’s footprint logo, for example, is now used on 28,000 items, from foodstuffs to smartphones. It also offers a ‘Reducing’ label, which indicates a company has demonstrated a reduction in emissions, and a carbon neutral certification. Its latest product, a ‘Lower’ label, is designed to highlight products that are significantly lower impact than their equivalents, such as plant-based meat alternatives.

But certification schemes can be equally confusing. According to the Eco Label Index, there are currently 463 ecolabel certifications worldwide, symbolising everything from animal-free lab testing to sustainable building practices. The standards required to reach such certifications can vary widely, and in some cases companies also display their own eco symbols to give the impression of an official third-party certification, even when there isn’t one.

“Honestly? It’s hard,” says Euan Murray, CEO of the Sustainability Consortium, which advises large corporations on how to reduce their carbon footprint. “If we do the simple thing, then there’s a risk of greenwashing, and a real risk that we set things back. The sweet spot we’re trying to find is translating the science into something that’s easy for consumers to digest – and then do the right thing.”

This time, things might be different. “The availability of data is so different from what it was 12 years ago,” says Newton. “Now, so many companies across the supply chain are reporting their own CO2 emissions. There’s much better secondary data and generic data. We know things like what the footprint of different plastic is. We know shipping data, so all we need to know is where it’s coming from. The whole process is a lot simpler now.” Today, many farms report real-time data using smart sensors, and data tools like CoolFarmTool, the Sustainability Consortium’s THESIS Index, and startups like Mondra can help companies track sustainability metrics across their entire supply chain. There are recognised standards of reporting, meaning it’s easier to compare similar products.

Consumer awareness of climate science has also transformed since 2008, Newton says. “I don’t think in 2008 people really understood the concept.” He gives the example of Walkers crisps, one of the first brands to embrace carbon labels: a 33.5g bag, it turned out, was responsible for 75g of carbon emissions. “People would say surely there’s a mistake, how can there be more carbon than crisps?” (Walkers no longer includes specific carbon emissions on its crisp packaging.)

The biggest challenge of all, of course, is convincing companies to adopt carbon labels. After all, while climate-friendly companies are keen to sign up to certification schemes – they already have a good sustainability story to tell – getting the largest polluters to admit their impact is more difficult. And although consumers say in surveys that they want carbon labels, evidence suggests they don’t actually help boost sales. Often, the carbon footprint of what we buy is far greater than we think. Faced with that information in the aisle, you may reconsider buying it at all.

What is clear is that the humble label can make a difference. Proponents of carbon labelling often use the story of household appliance energy labels. In that case, it took EU legislation to force companies to finally adopt the labels (which rate the energy efficiency of products like white goods and lightbulbs on an A-G rating) but the EU now estimates that the resulting efficiency savings will save 38TWh/year in electricity by 2030, and an equivalent scheme in the US has saved three billion tonnes of greenhouse gas emissions.

“I do think that I think the window of opportunity is as wide open as it’s ever been,” says Murray. “I think companies do see the competitive advantage [of labels], and and a lot of companies are genuinely trying to do things better and differently,” says Newton. If labels can help people to eat more sustainably, then the resulting benefit for the planet could be huge. The challenge this time, is making them stick.